Conveyor belt ArcelorMittal on the right track with Centrax

Trouble-free belt conveying is crucial for ArcelorMittal in Belgian Gent. CenTrax ensures that the conveyor belt remains aligned along its entire length.
At its location in Ghent, ArcelorMittal Belgium was experiencing severe misalignment problems with their 225 conveyor belts, which have a total length of 58 kilometres. The damage caused to the conveyor, its structure and unplanned downtime resulted in high costs, loss of production and consequential losses. Tim Vertriest, reliability engineer at ArcelorMittal Ghent, decided to find a solution: “The CenTrax tracking system came out best in our comparison search, and has proved to be a lasting solution.“

A trouble-free conveyor belt is crucial for a company such as ArcelorMittal. The Raw Materials, Port, Transport and Recycling divisions of the world’s largest steel producer processes almost 10 million tonnes of raw materials annually. This particular logistics branch deals with unloading seagoing vessels and the careful separation and storage of delivered raw materials to so-called raw material storage areas. Harbour cranes and stacker- and reclaimer installations are used for this specialised work. In addition, the department has an impressive network of conveyor belts for transporting raw materials such as coal, coke, sinter, pellets, lime and slag.

If materials of different compositions are transported on a conveyor belt, then this may cause misalignment due to, among other things, a varying parabolic trajectory. Using the CenTrax Belt Tracker, a chain reaction can be prevented by systematically correcting this type of misalignment, as the chain reaction can lead to serious misalignment, resulting in damage and downtime. The CenTrax belt tracking system can be adapted to almost any conveyor belt configuration and, because of its robust, flexible construction, is extremely suitable for harsh operating conditions, such as those found at ArcelorMittal.

According to Vertriest, there were several reasons for the misalignment problems, which have since been corrected. “The most common causes are problems with rollers, decentralized loading onto the conveyor belt and worn-out pulleys. Alignment problems in the belt frame, contamination due to problems with scrapers, overloading and poor sealing of the discharge point can also result in misalignment.” Issues which, in his opinion, can result in spills, damage to the conveyor belt, belt frame and may even be a fire hazard. There is a real chance of this happening if the conveyor belt hits the guards or casings.

Alex Budding, account manager at TBK Group, adds: “During our visit to the steelworks in Ghent, the lines that were affected by misalignment appeared to be fitted with tracker rollers, however, these were having no effect at all. After thoroughly analysing the problem with misalignment, we explained what we believed to be the best way to address the problem. ArcelorMittal gave us the opportunity to implement our proposal on a ‘no fix, no charge’ basis. One of the things we did was to fit a Centrax Belt Tracker at approximately seven metres in front of the return pulley. Due to the special mounting brackets and the width and height adjustable frame of the CenTrax, the installation was completed quickly.”

TBK Group believes in constructive, in-depth cooperation with its customers and looks beyond the problem itself. A working method that ArcelorMittal has not failed to notice. “TBK has an excellent no-nonsense approach, with targeted initiatives to test their products on site. Together, we have found a number of solutions for areas where our conveyor belts regularly mistracked. We are currently testing the Spill-Ex 2.0® sealing system, which has been newly developed by TBK. This has been fitted to a chute point where we were unable to control the spill. This product also works excellently”, says Vertriest.

“There have been areas where the CenTrax tracking system initially did not have sufficient impact to improve conveyor tracking. In this situation, TBK investigated the cause could be. They showed amazing determination to resolve the issue.” According to the reliability engineer manager, TBK Group distinguishes itself by their driven, safety-conscious employees who are serious about engaging with customers and honouring agreements made. In addition, the CenTrax Belt Tracker came out best in a comparison carried out by ArcelorMittal. ArcelorMittal compared six similar tracking systems, taking into account both their effectiveness and lifespan. 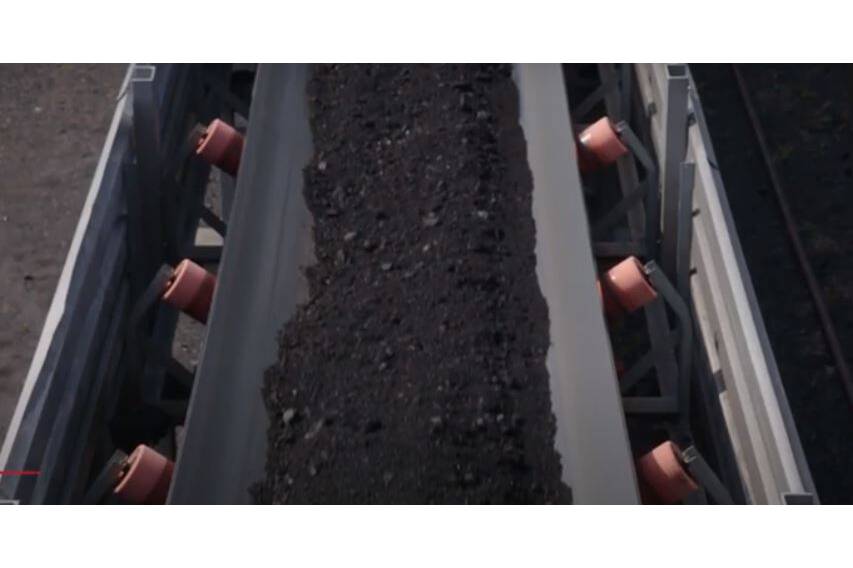 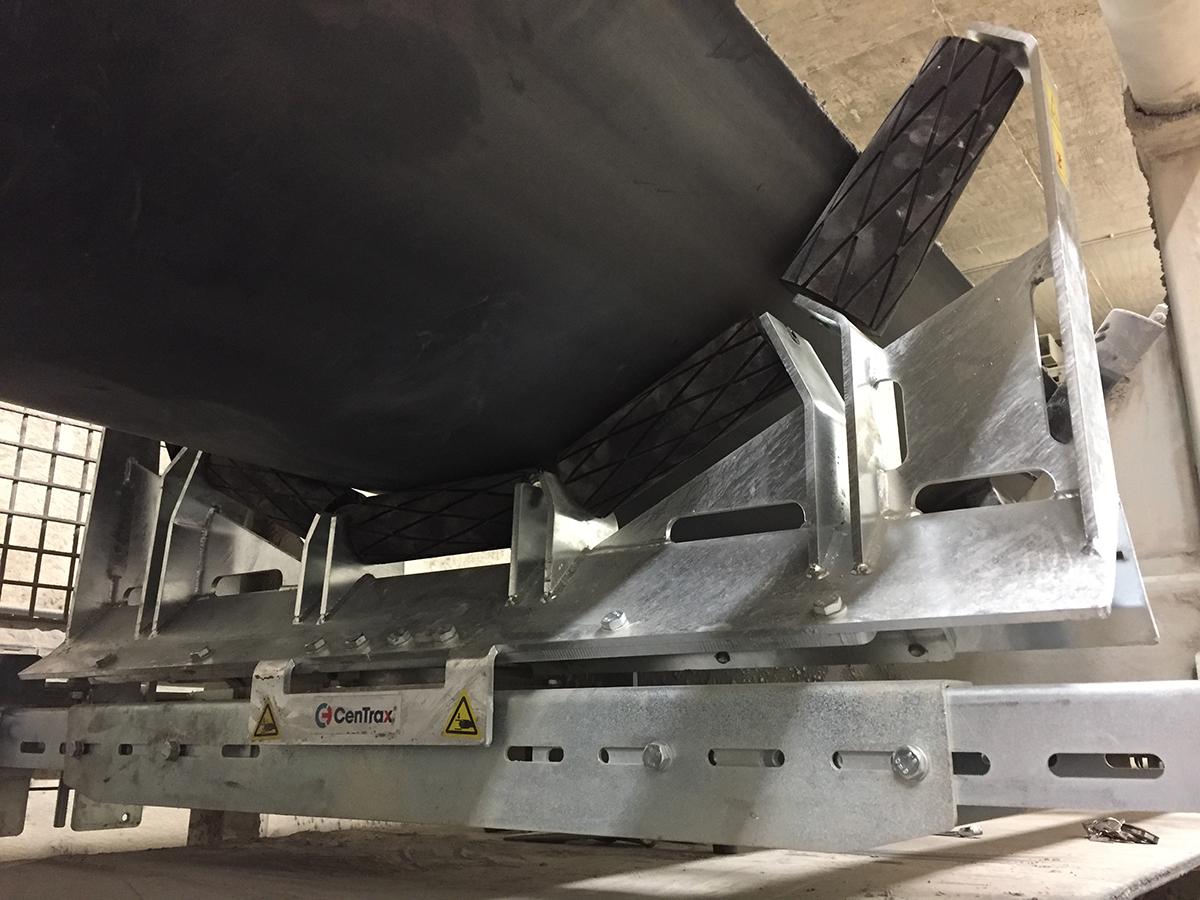 CenTrax belt tracker puts conveyor belts with garland roller
A cement factory in the United Kingdom was experiencing a lot of problems due to a 1200 mm wide conveyor belt, fitted with 5-part garland roller pairs, mistracking. The installation was fitted with tracking systems that were not performing correctly. CentTrax engineers were able to design a custom-made solution. The design, with a CenTrax S-1200 belt tracker as the framework, is based on the existing CenTrax load carrying and return strand tracking systems. For many years, these systems have proven to be effective under the most arduous conditions. Unlike the standard CenTrax three-roller tracking systems, the S-1200-5V-P has five rollers (two tapered and three flat rollers). These five rollers have the same trough shape as the garland roller pairs. Swivel bearing Contrary to the mounted tracking systems, CenTrax has only one pivot point, also known as a swivel bearing. The swivel bearing is fully sealed and unaffected by moisture, dust and dirt. The robust bearings
20.01.2020  |  1102x  |  Press release  | 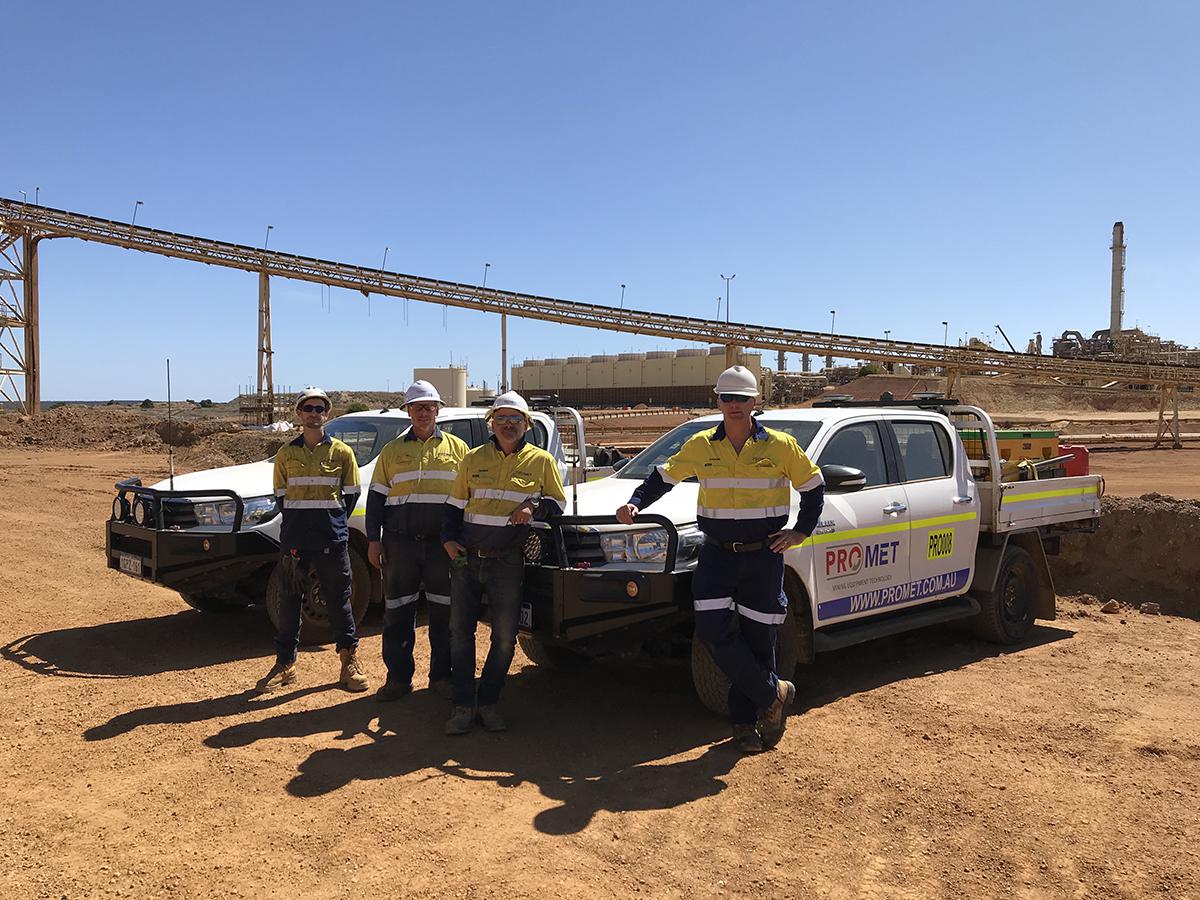 CenTrax goes Down Under
Belt trackers for Promet Mining & Metals Australia. Promet Mining & Metals has been our dealer for Australia since 2018. Employees of the company located in Malaga, a suburb of Perth in Western Australia, have many years of experience in optimising conveyor belt systems. Western Australia, with over 1,000 active mines, is an important mining area in the southern hemisphere. Every day, mined raw materials such as iron ore, gold and nickel find their way onto various conveyor belts that are affected by mistracking problems. So, it’s hardly surprising that CenTrax got off to a flying start in the southern hemisphere. For example, in the first year alone, no fewer than 110 belt trackers were delivered, 52 of which were installed in a nickel mine. CenTrax wishes James Stamelos, Managing Director of Promet, and Raymond Gianoli, General Manager of Promet, and their team every success with their operations.
07.01.2020  |  1703x  |  Press release  |